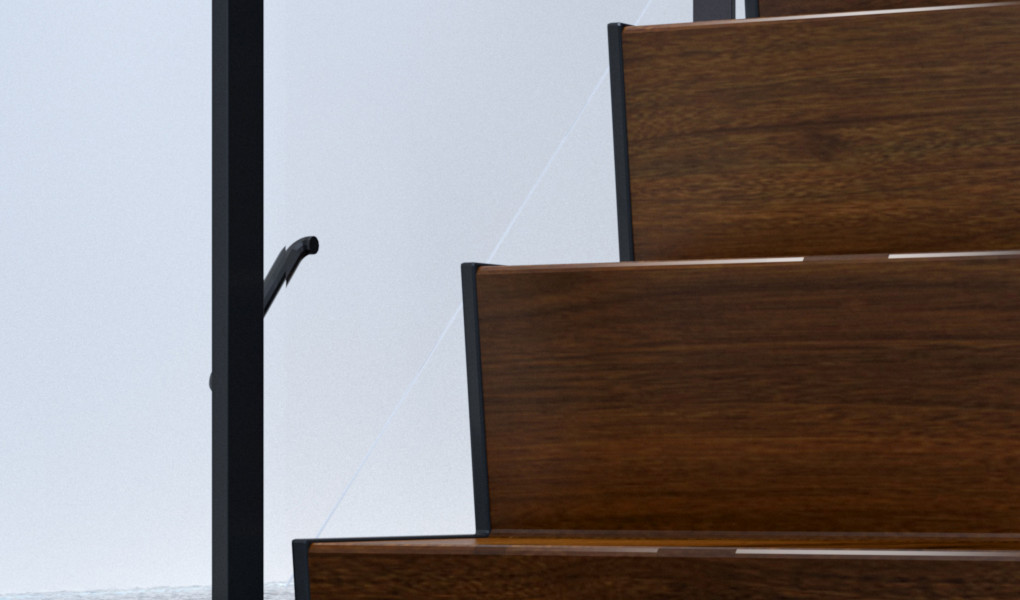 Many organizations test their severe weather response plan by moving through the various phases, stopping once a hurricane makes landfall. However, it’s important to continue testing your response after the storm has passed, in other words, for recovery.

The actions taken during the recovery phase determine whether an organization survives or fails. These are the three critical areas of recovery:

The first step to recovering after any storm is taking stock of your facilities and checking on your employees' safety. Specific preparations should be made prior to an event to ensure a smooth and efficient recovery:

Hurricane Ike slammed into the greater Houston area early one Saturday morning in September 2008. Prior to the storm making landfall, one company launched its response plan. Incident Command was transferred to the company’s headquarters, Houston assets were shut-in, the DAT was prepared for deployment around 1 pm, and everyone was hunkered down to await the storm’s departure.

One team member awoke to the sight of a large oak tree across his front yard. Another found himself having to ditch his car and wade into the office. Power was out over nearly the entire city and cell service was spotty. This was truly a region-wide disaster. Despite the challenges, all members of the DAT were able to make it into the office to assess the status of the company’s offices.

The team was made up of trained and practiced individuals from several areas of the business, including HSE, business continuity, facility staff (due to their familiarity with the facility and building management), corporate security (to interact with local authorities), and representatives from the legal department. The latter is required to interpret the lease and the relationship with building management—deciding which aspects of recovery will be covered by the building vs. the company.

Once assembled, the DAT reviewed each member’s personal protective equipment, ensuring everyone had a hard hat, safety glasses, long sleeve shirts, long pants, leather gloves and steel-toed boots. The team also had water, food, cameras, cellphones, laptops, a hotspot, notepads and pencils in their daypacks. After an event like Hurricane Ike, it can be unclear how long the DAT will be deployed and must be self-sufficient. The team concluded with the objective of the assessment: to report the condition and status of the company offices to the Incident Management Team.

The company had offices over several floors in a 36-story building downtown. Upon assessment, the DAT discovered that winds from Ike peeled back the roofing material, causing the loss of the top four floors and significant damage to another five. Eight other floors sustained partial damage from flooding. The DAT uploaded pictures and their report to the Incident Management Team (IMT); in all, 352 office relocations were required. 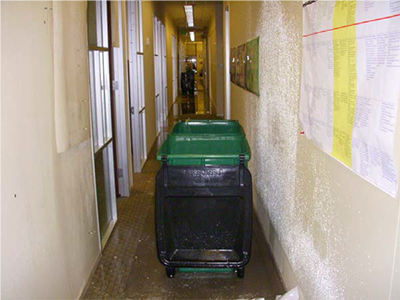 Flooding at the company offices. Photos of the flooding were included in the incident report.

While the DAT made its assessment, the IMT contacted Houston employees and contractors to confirm their whereabouts and safety. The company employed a mass notification and accountability platform that allowed for an escalation of contact methods if a response was not received in a certain amount of time. From the reports generated by the platform, the IMT could focus resources on using associates of those who hadn’t been heard from and ultimately home visits to ensure the safety of their personnel.

Resulting from these two activities, the IMT safely obtained the information they needed to make specific recovery plans. No recovery event is identical, but with the proper training, preparation, and communication, recovery can be a matter of days, rather than weeks or months. For this company, restoration to regular business took just two weeks.

Our next installment, provides an overview of specific recovery plans, including how to set up a phased return to work.

StormGeo provides the tools and resources you need to lessen the effects of devastating tropical cyclones.

Reach out to StormGeo’s TropicWatch Meteorologists today for advice related to your locations and business operations.

Part 3: We outline what you’ll need to relocate your operations if there has been a significant loss. The first step is to activate an alternate work location and work toward a restoration of normal business operations.