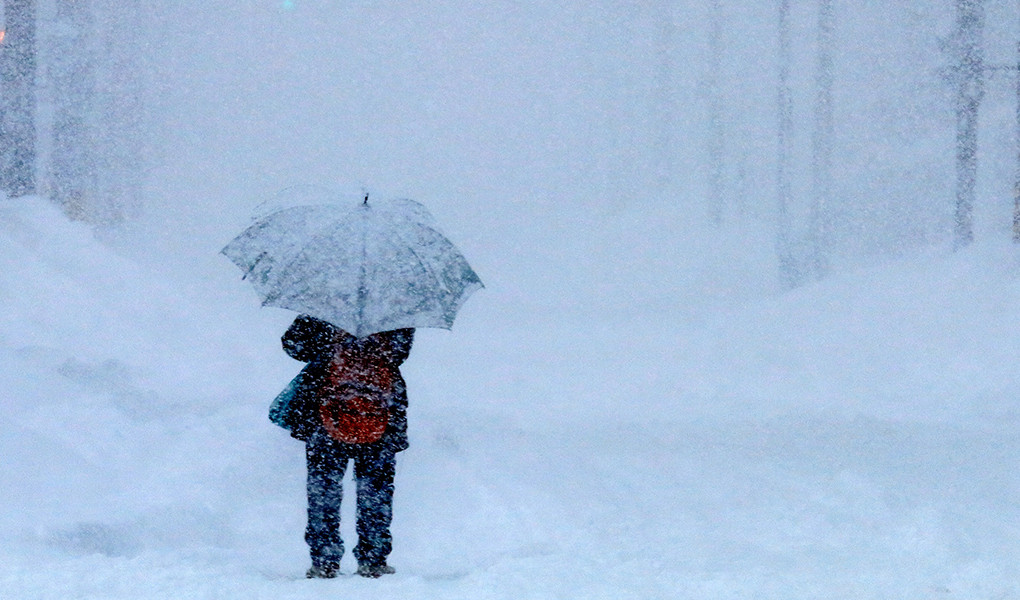 Much of the U.S. received a surge of much colder air to welcome in the new year, including freezing temps and heavy snow across the South and Mid-Atlantic states.

Colder air and major winter storms
A potentially stronger surge of much colder air and severe major winter storms are possible during the second week of January across the Plains, Ohio Valley, Northeast and possibly as far south as the Deep South. Be advised that higher than normal snowfall is likely across much of this region, especially across the Rockies, Great Lakes and Ohio Valley. As we move into the latter half of January, the forecast continues to call for colder than normal temperatures over much of the Lower 48, but it is not expected to be as extreme as the early part of the month.

Warm bias in the South
Even with the surges of cold air, we are still forecasting a slight warm bias across much of the Deep South. There will be a high degree of volatility with strong surges of much colder air intermixed during milder periods.

Mild temps make a comeback
Milder than normal weather is forecast to make a comeback over a large part of the Lower 48 during February, but our forecast confidence is low due to the long lead time.

How the polar vortex and MJO cause colder temps

Polar vortex shift
We are forecasting the polar vortex to shift south and east across central and eastern Canada during January. This reconfiguration of the polar vortex will likely allow several surges of very cold air to penetrate southward towards the Gulf coast and Atlantic Seaboard through the middle of January.

Another signal pointing to a subtle shift in the polar vortex comes from the Madden Julian Oscillation (MJO). We typically look at the MJO during hurricane and typhoon season to help determine areas of favorability. It turns out the MJO is just as important during the winter months for deciphering temperature and precipitation patterns over the globe.

We expect the MJO shift across the Pacific Ocean to be one of the contributing factors favoring a much colder outlook over a larger part of the Lower 48 during January.

Thanks to shifts in both the polar vortex and MJO, record cold will be possible during January, mainly across central and northeast U.S. where the colder air will be more impactful and prolonged. Farther south, record cold is less likely since the source region of the coldest air will likely remain well to the north. 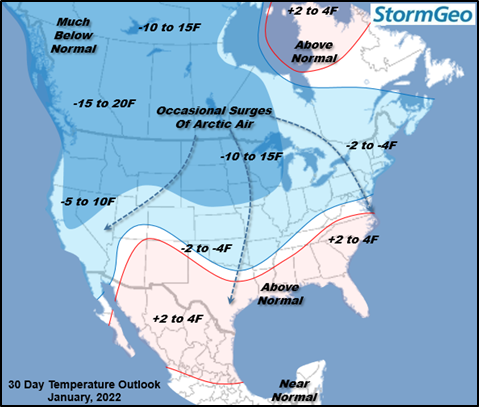 Download the complete forecast with additional details about the current polar vortex displacement and specifics for the temperature and preciptiation forecast.