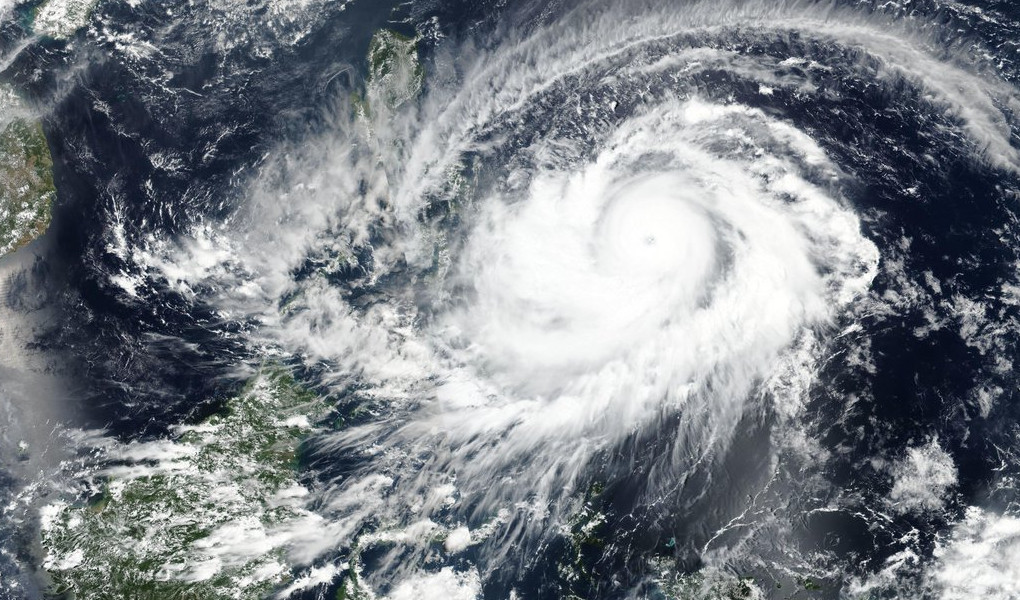 The 2022 Northwest Pacific Typhoon Season has started quietly, with only two named storms, both during April.

A persistent La Niña is predicted to inhibit typhoon activity across the Northwest Pacific significantly this season.

A below-normal season, with a total of 23 named storms, including 14 typhoons, is forecasted.

A Below-Normal Season Across the Northwest Pacific

The 2021 typhoon season was relatively quiet across the Northwest Pacific, with a total of 22 named storms and only nine typhoons. The 30-year climatology for the Northwest Pacific is 26 named storms, 16 of which become typhoons. The 2022 season has started rather quietly as well, with only two named storms, Tropical Storm Megi and Typhoon Malakas, both during April. There have been very few disturbances that posed a significant development threat since April.

Get the details on the latest forecast outlook for the 2022 Pacific Typhoon Season.

Get the Full Forecast

Only have time for a quick glance? Check out our Pacific Typhoon Season Risk Map, which shows areas with risk for impact and the predicted number of storms by intensity. 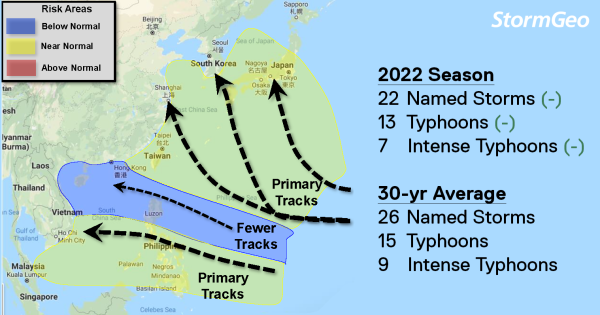