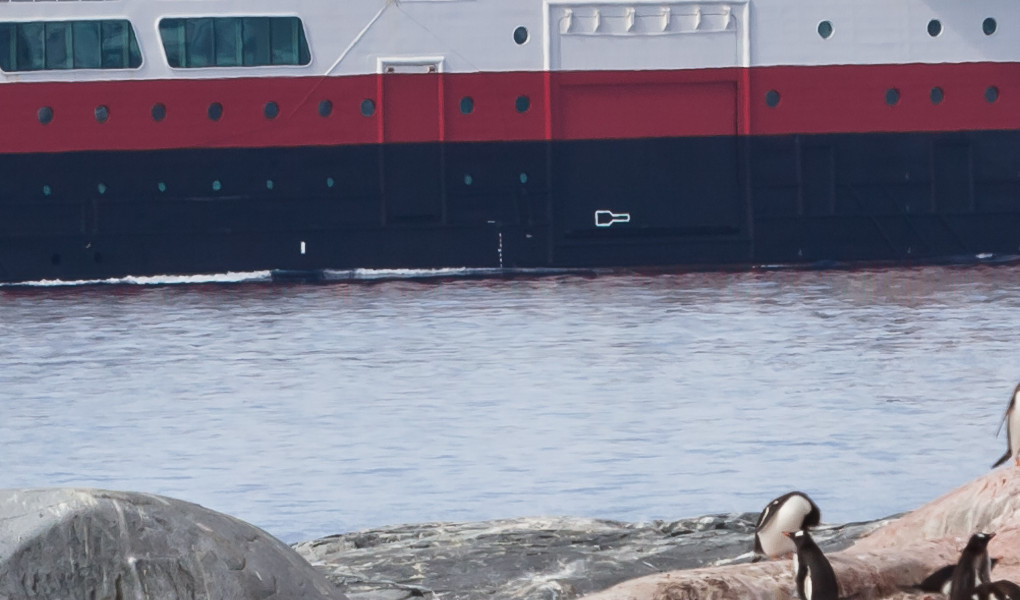 The European Space Agency (ESA) has funded a demonstration project by StormGeo and Kongsberg Satellite Services (KSAT) in which the companies provide information on Arctic weather and sea ice to their clients using advanced satellite-mounted radar technology, known as synthetic aperture radar or SAR.

The project, known as MULDIARCOS, has been running for more than two years with assistance from Viking Supply Ships, Hurtigruten and Royal Caribbean Cruise Lines in providing industry contributions on user requirements and testing.

Based on their suggestions, the MULDIARCOS system simplifies and streamlines procedures for acquiring, accessing and analyzing weather and ice information in a single interface. This represents a significant improvement in the user experience. 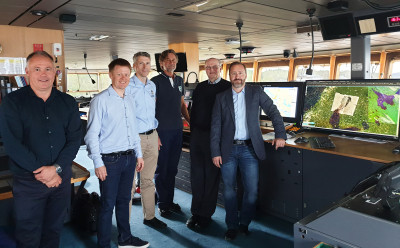 StormGeo’s Offshore Manager for Norway, Svein Inge Andersen, has been closely involved for the project’s entirety. “We have now established a ready-for-operations service that gives those onboard vessels access to multi-mission Earth observation data as well as metocean and ice information,” said Andersen. “This gives companies, particularly those operating in the Arctic, a clear view into how the weather and sea ice could impact their operations.”

Building on Advances in Radar Technology

The SAR is a “side-looking” radar system capable of taking high-resolution images from different polar orbiting satellites. “The use of SAR technology started in the 1990s and has continuously developed,” said Andersen. In a side-looking system, the radar beams points from the side of the satellite during data acquisition. This allows the signal to strike terrain at an oblique angle, enhancing the surface expression of geological structures and topographical features, such as subtle faults and folds. Because it displays the roughness of a surface, the imagery works well in the Arctic—showing where ice and sea separate, the type of ice and how concentrated it is.

Unlike conventional imagery, which is limited by cloud coverage and daylight, the SAR system provides its own source of illumination in the form of microwave energy. Microwave energy allows images to be obtained both day and night and penetrates most clouds, enabling image maps in cloud-covered areas.

Many different industries will benefit from this information, including oil and gas, shipping, fisheries as well as cruise and exploration vessels. “With increased exploration and cruise activity around Spitsbergen as well as Canadian and American Arctic waters, we know companies will benefit significantly from these image maps,” said Andersen.

Meeting the Requirements for Arctic Navigation

Warming of the Arctic in recent decades, while adverse for the environment, has opened up the possibility for commercial exploration and navigation of polar waters. An increase in vessels amongst the remaining ice creates new challenges. A reduced ice cap is likely to be more dynamic due to rapidly changing ice conditions aided by wind and currents. Seasonal fluctuations will increase as the distribution of remaining ice can shift over the polar cap from one year to another. 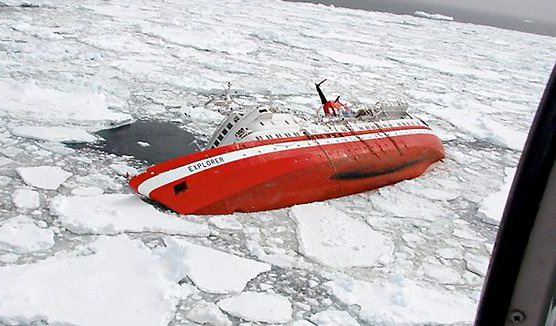 In 2007, the MS Explorer sank after hitting an iceberg in the Antarctic. An official investigation by the Liberian Bureau of Maritime Affairs reported that the captain misjudged the ice conditions, maneuvering the vessel through ice that was thicker than expected. Although no crew were harmed, the International Marine Organization enacted the IMO Assembly Resolution just one week later. This included “Guidelines on voyage planning for passenger ships operating in remote areas” and describes the requirements for voyage and passage plans for ships operating in the Arctic or Antarctic. A passage plan should include information on swell, fog and the presence of ice and icebergs.

This past winter, the system’s capabilities were tested by Viking Supply Ships and the Swedish Icebreaker Frej in the Bay of Bothnia. Feedback from the users was optimistic, agreeing that the system could greatly support the shipping industry. “The SAR and weather information will give the commercial shipping market a good decision support tool for operating in polar waters or in sub-arctic areas with seasonal sea ice,” said Capt. Göran Forss from the Swedish Maritime Administration. 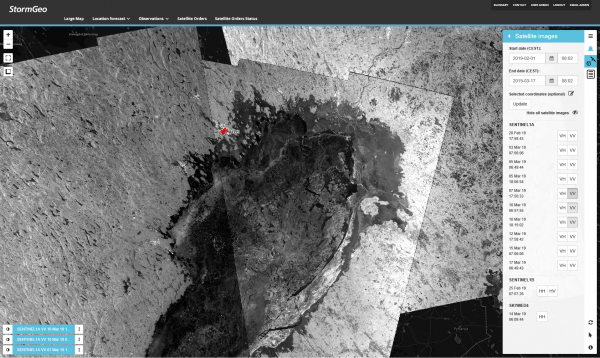 Satellite images of the Bothnian Bay, stitched together by StormGeo. By overlaying SAR images with different polarizations and from different timesteps, it is simpler to evaluate sea ice.

The combined offering from KSAT and StormGeo will answer the increasing demand for risk management in the Arctic from several industries, including oil exploration, natural gas development, shipping and cruise traffic.